For the United Nations Development Programme 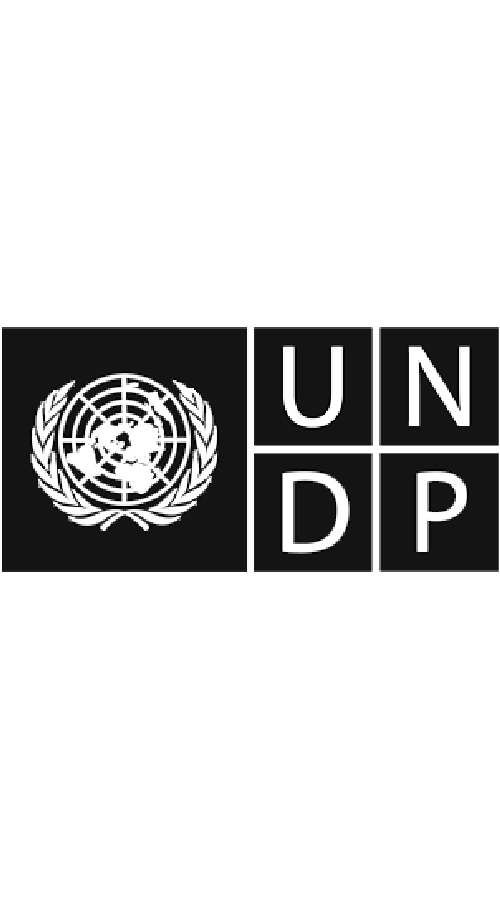 The Emergency Response and Resilience Strategy for Refugees and Host Communities 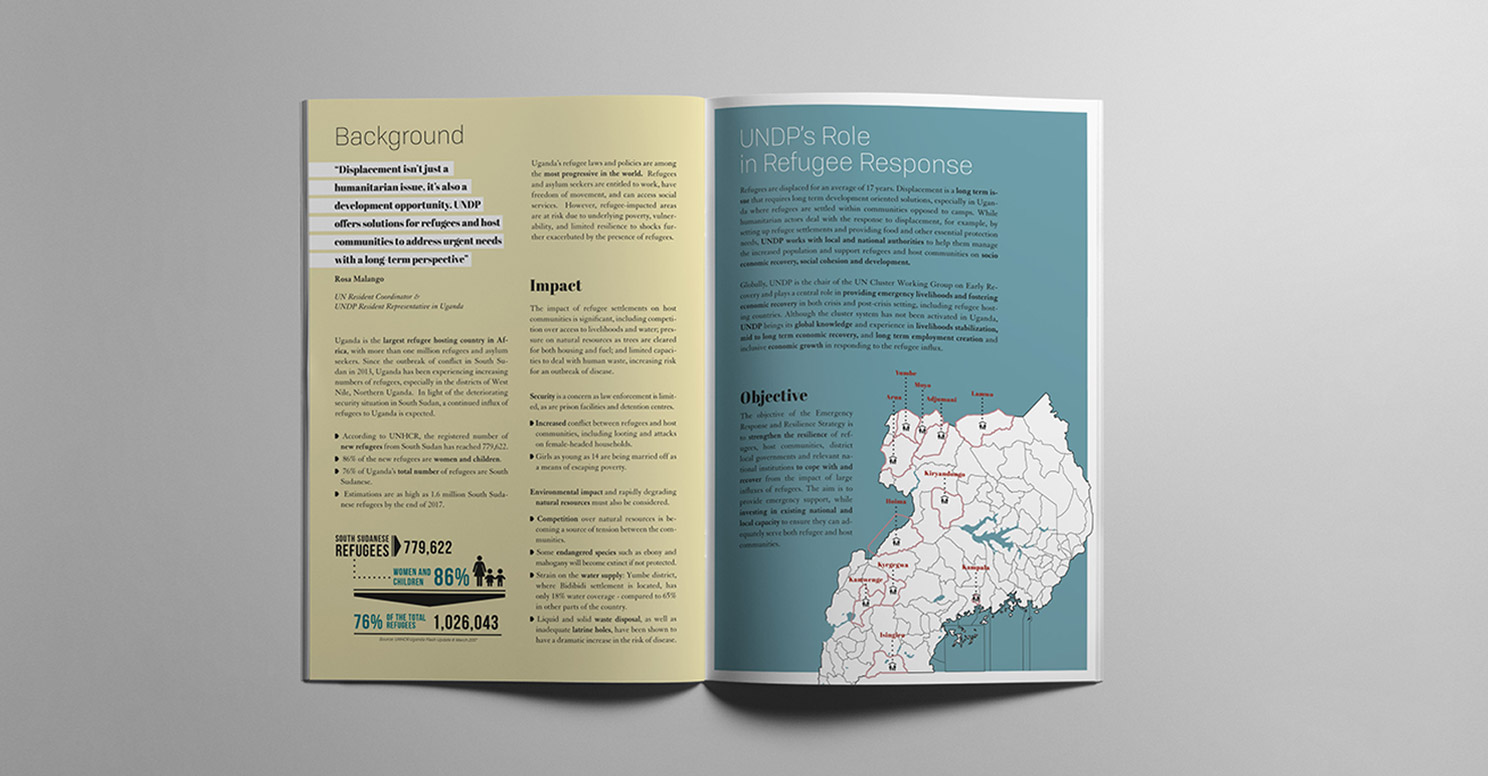 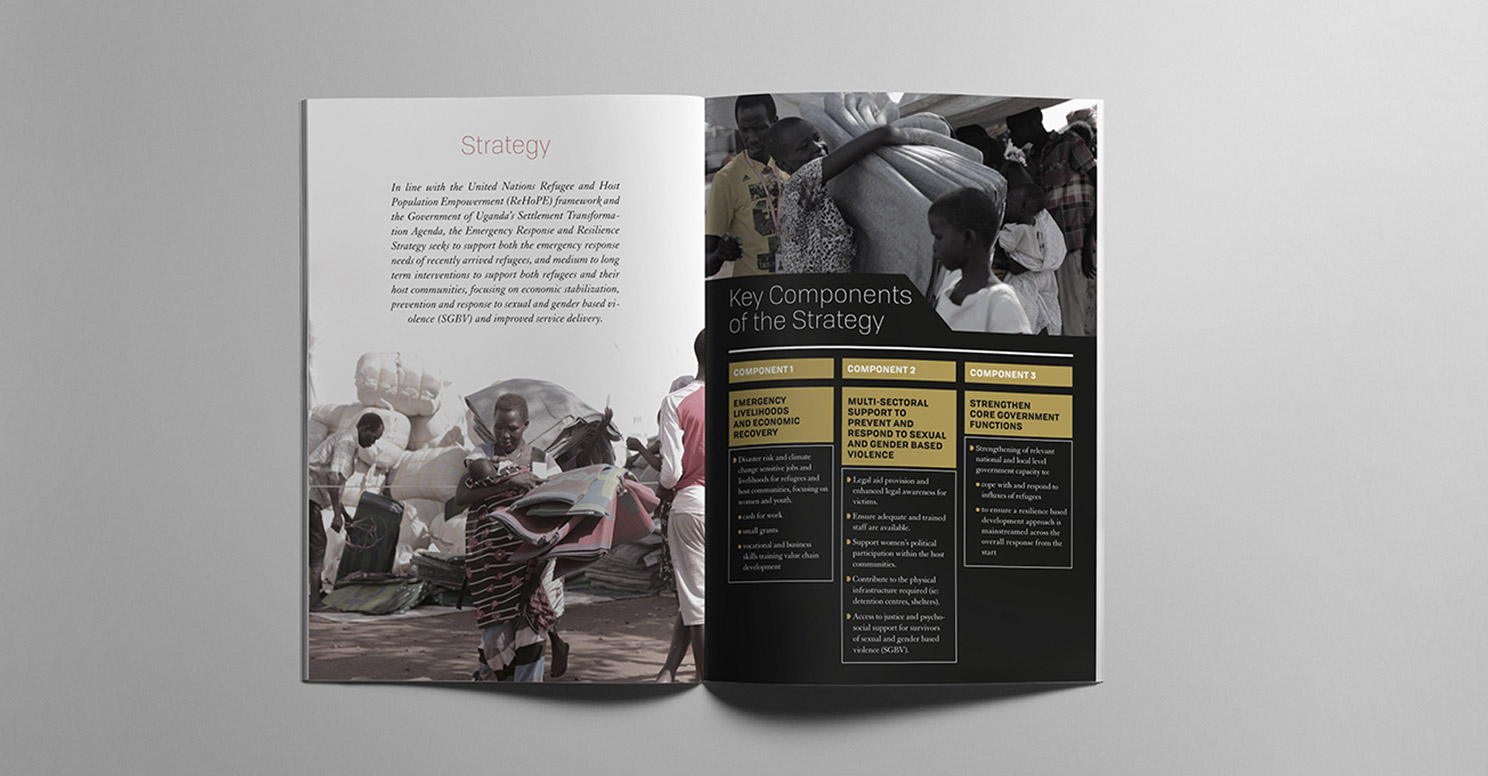 Uganda is one the largest refugee hosting countries in Africa, with thousands of refugees and asylum seekers. Since the outbreak of conflict in South Sudan in 2013, Uganda has been experiencing increasing numbers of refugees. In light of the deteriorating security situation in South Sudan, a continued influx of refugees to Uganda is expected as well as from the Democratic Republic of Congo. Thus, refugee-impacted areas are at risk due to underlying poverty, vulnerability, and limited resilience to shocks further exacerbated by the presence of refugees. 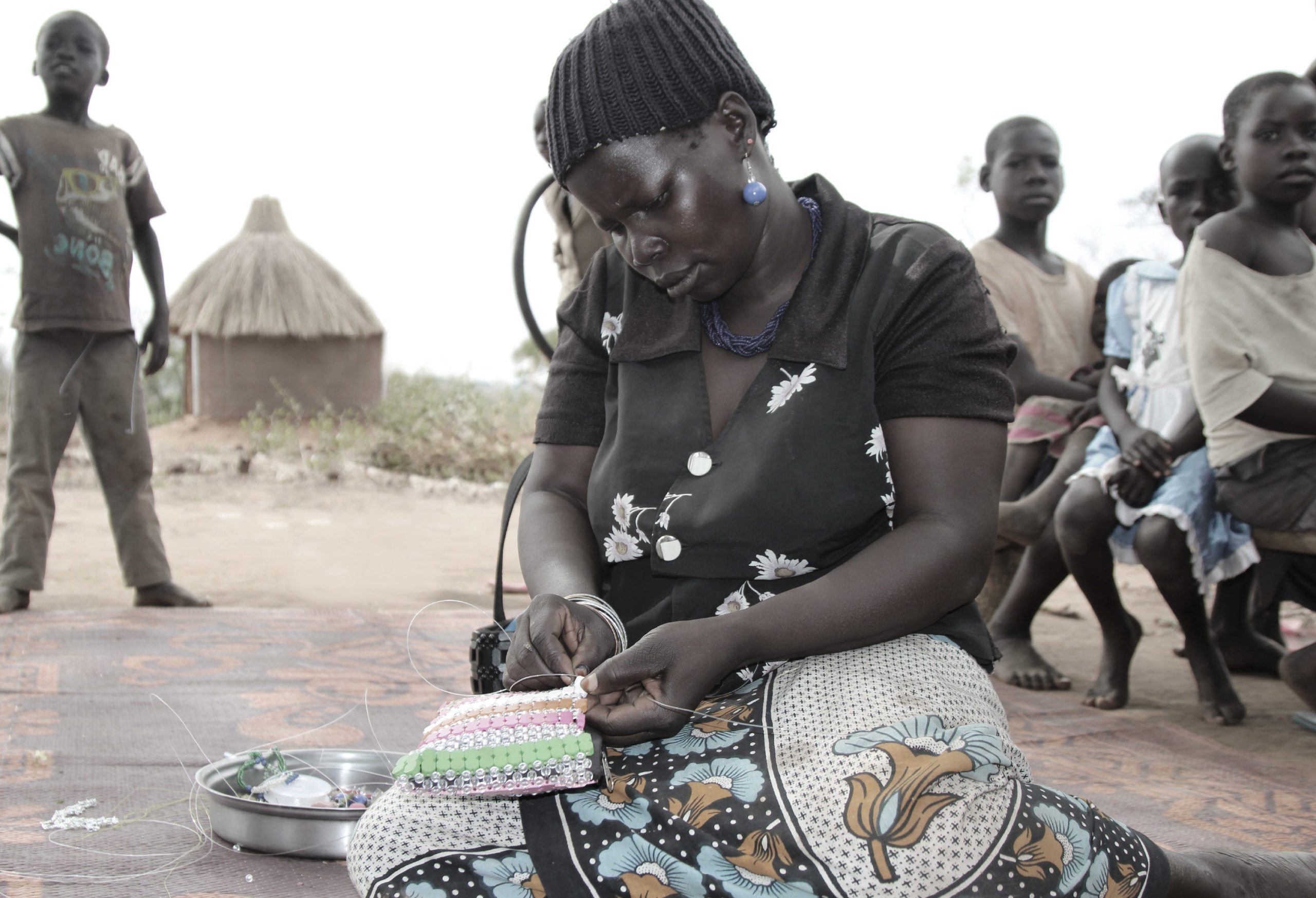 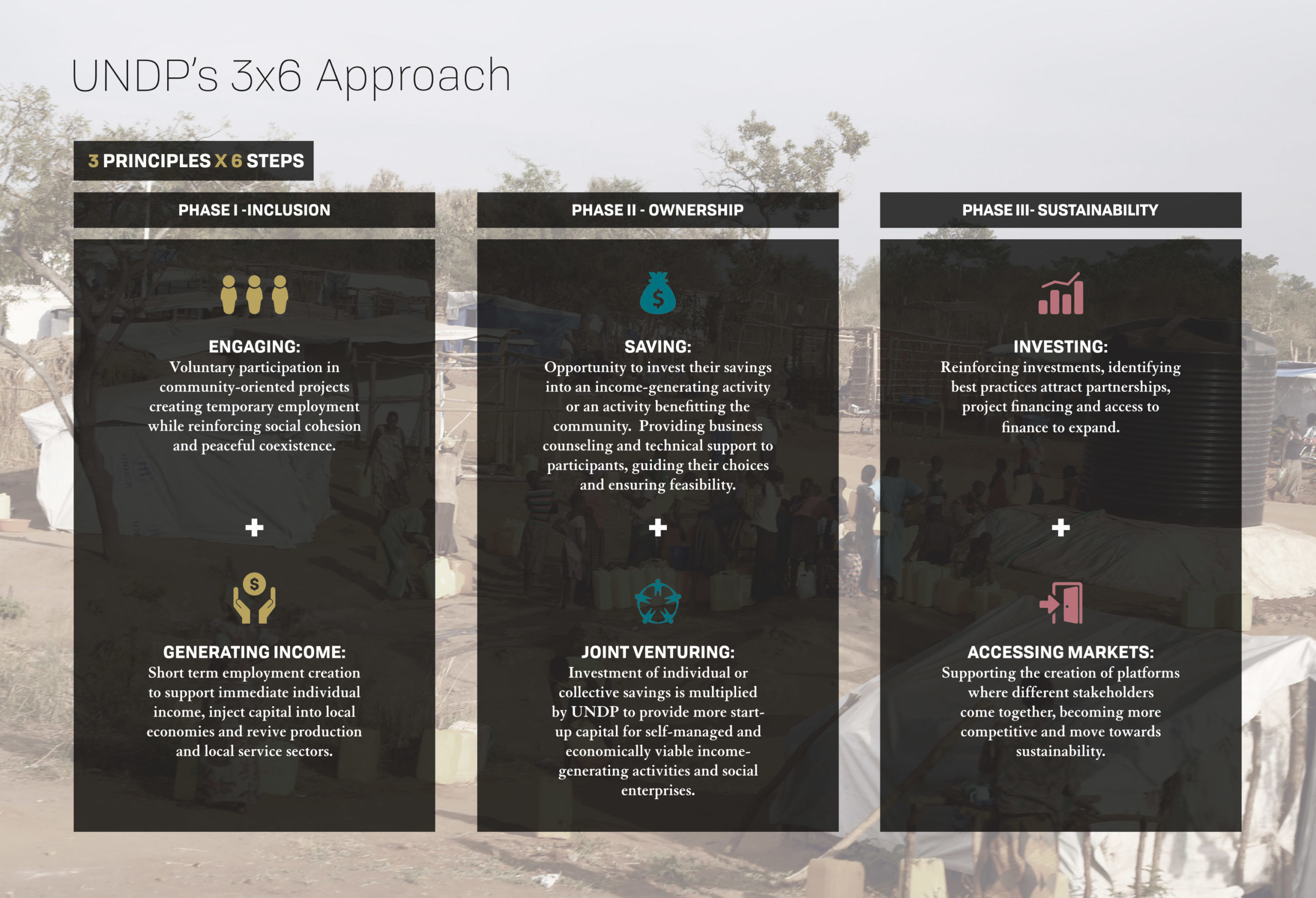 In order to promote a comprehensive understanding of United Nations (UN) interventions in refugee settlements, TSVC designed a brochure that explained, through different infographics, the situation of refugees and the role of the UN regarding key aspects such as socio-economic recovery, social cohesion and development. 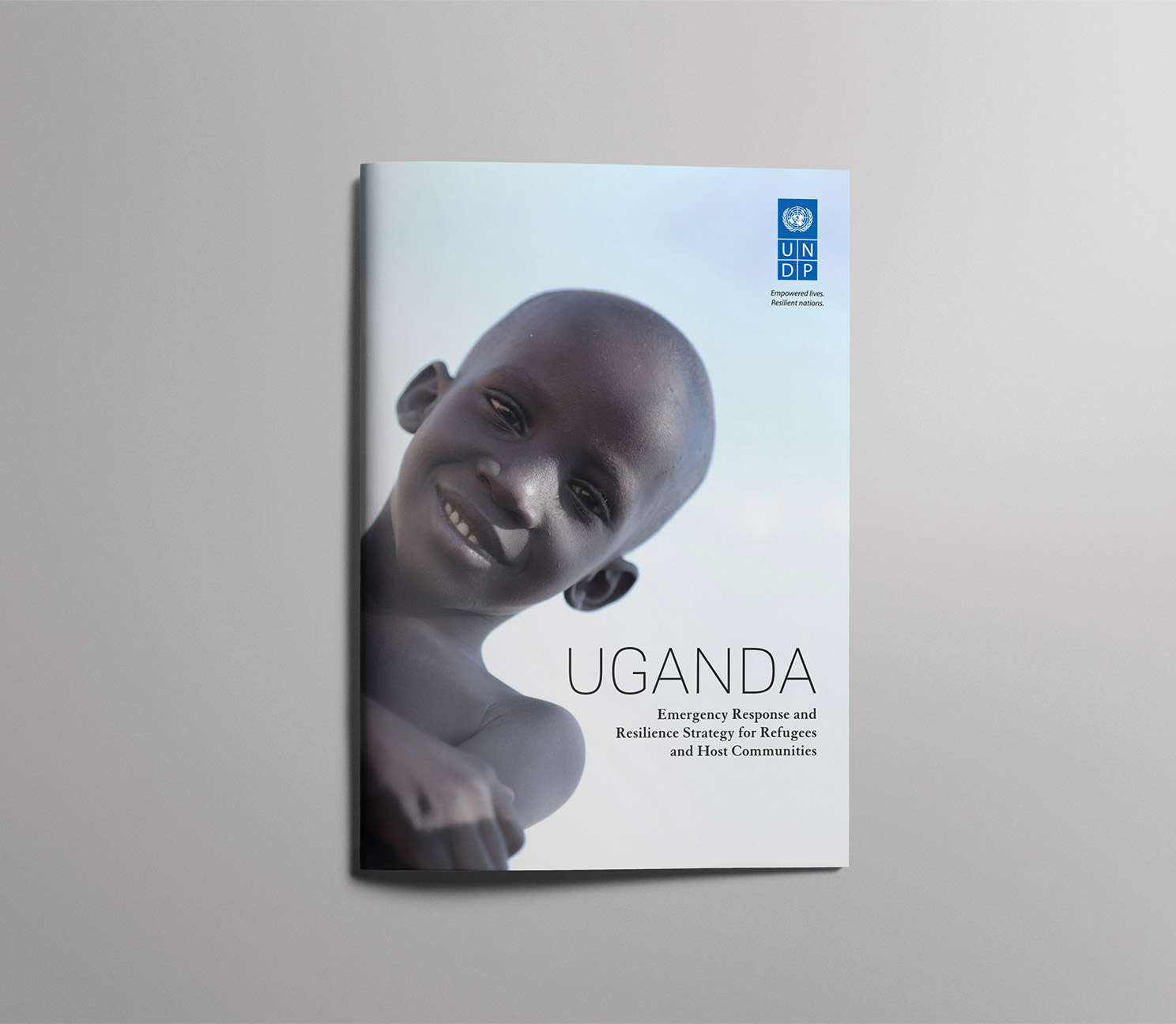 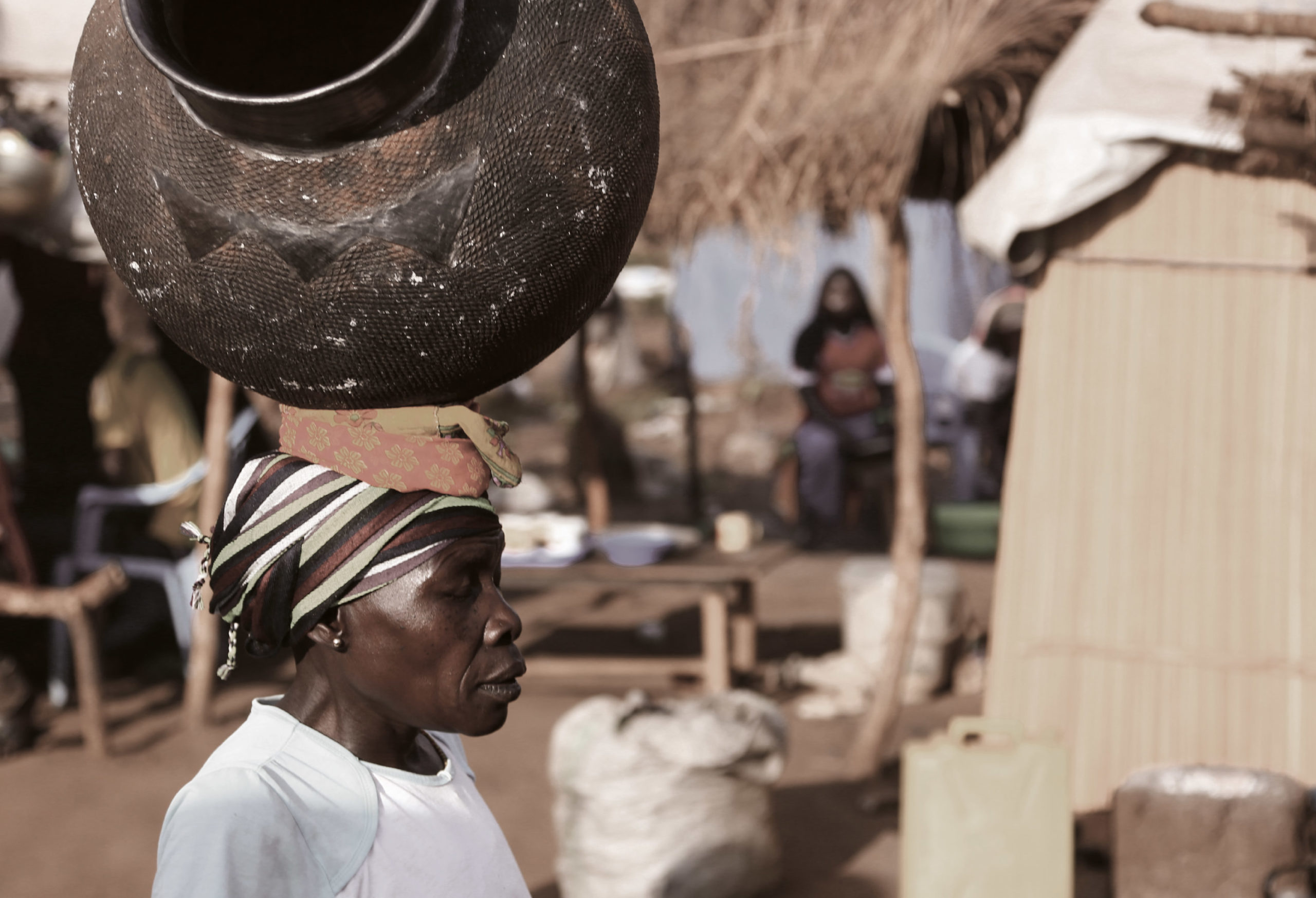 Creating a community of more than 65,000 digital pioneers 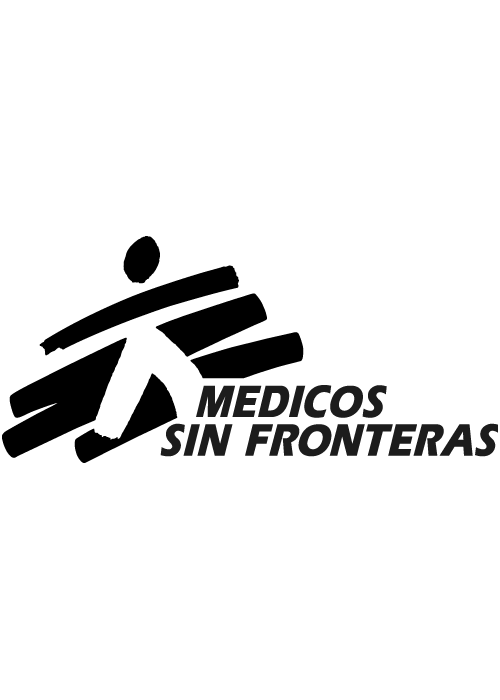 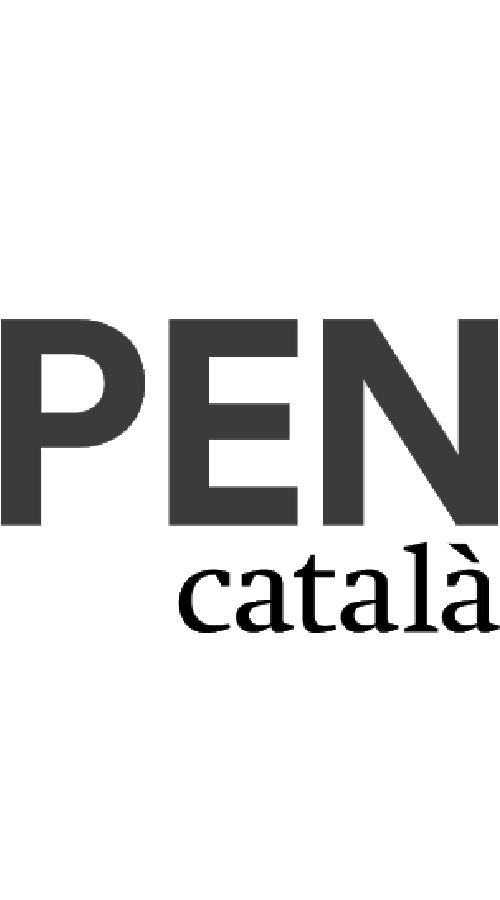 Engaging citizens in one of the biggest current exoduses